The Ups, Downs and Fears of Starting a New Business – Part 1 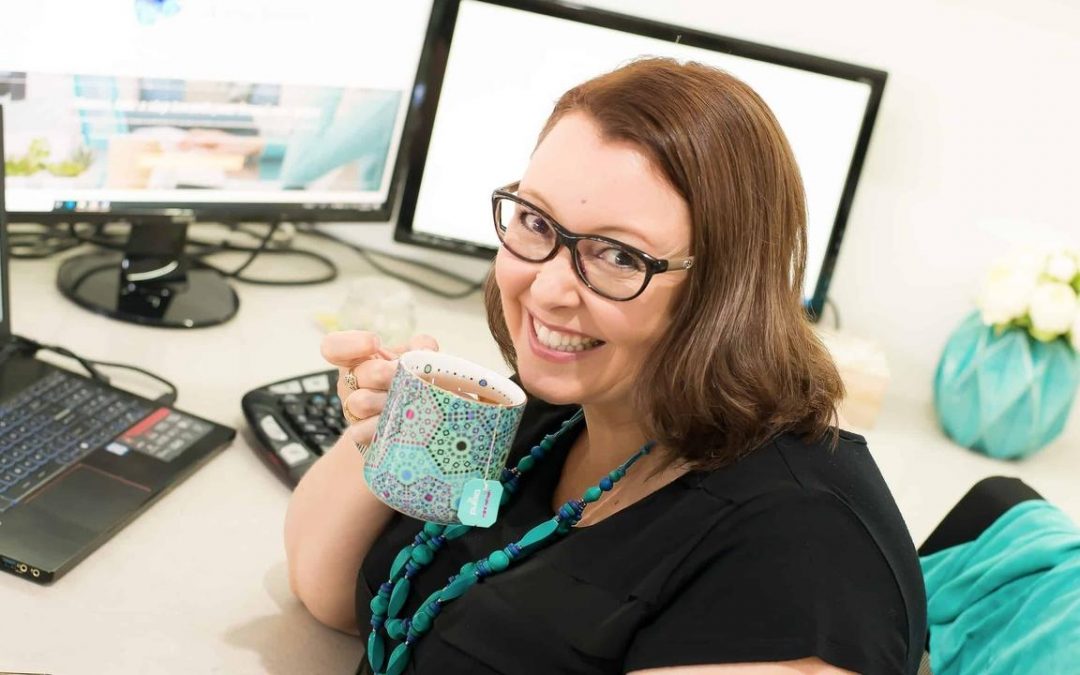 Starting a new business can be as scary as hell! But, also so damned exciting and when you get it right, it is so bloody rewarding!

I can’t even begin to describe the feeling of freedom that being your own boss brings.

So much flexibility with all sorts of things. Flexibility for school drop-off, pick-up and events. Set your own hours and wear whatever you like. In some cases work from wherever you like and live the laptop lifestyle. Freedom to go to medical and other appointments when you need them and staying home when the kids are sick.

But, there are lots of things to know and do and even if you do have a business degree, it can be overwhelming.

But as I learned (the hard way!), it doesn’t have to be. It can be simple and easy, but you just have to find that path and stick to it.

When I first started looking into creating an online business, my main focus at the time was bringing in additional income for the family and creating peace of mind.

As soon as I started looking at options my Facebook newsfeed was full of sponsored posts with people telling me that they had the answer for me. They all had a solution. They had all made a bazillion dollars in under a year and they all promised that I could do it too. They promised easy systems, fast money and a lifestyle that most of us only ever dream of.

I signed up for all the free information I could get my hands on and then started buying courses, programs and software here and there. Before I knew it, I was addicted to finding out what everyone else was offering, how they ran their business, what their angle was, how much they were charging and what their promised ‘shortcuts to riches’ were.

I got to a stage where I was in such a muddle. I was confused and feeling very overwhelmed.

My husband Graham was just recovering from a very serious illness that threatened to take his legs. Income from our renovation business was slow, because Graham was slow to get back to full-time work and the bills kept piling up. I was feeling desperate for a quick fix.

I had some things that I dreamed of doing, but I wanted something that was going to give me some quick bucks within weeks, not months or years and didn't have a huge startup cost. We were half way through renovating our first ‘flip house’ that we had purchased a couple of months earlier, but it was no where near completion, so we couldn’t sell that yet.

I kept searching. I kept doing course after course. I got confused. I got sidetracked. I learned lots, but achieved nothing. ‘Dr Google’ diagnosed me with “Bright Shiny Light Syndrome”. He was right! I was so easily distracted by every shiny new thing that came along, that I was lost down the rabbit hole and couldn’t see my way out.

Meanwhile, my very dear friend Angela, whom I had been coaching on how to start her business kept telling me that I should just do ‘that’ – coach other people on how to start a business. I did like the idea, I mean I was bloody good at it and I knew my stuff. With my Business Degree and years of different kinds of business experience under my belt, as well as numerous other qualifications, it was going to be right up my alley.

But still, I waited.  Still looking for that quick fix to our money woes. Meanwhile the bank account went down, while the credit card debt went up.

Finally, I started thinking more about my own online coaching business. ‘If’ I did it, what would it look like? How would it operate? Would anyone want my services? Naturally, I second guessed every single thing. The more I thought about it and the more that Angela said “you should do that”, the more the idea grew on me. I really could do this. Or could I?

The decision was made one day when I mentioned the idea to another friend and her initial response was “You can’t do that! You’re not qualified”. To this day I do not know her real reasons behind saying that, because I had heaps of qualifications, but it was the red rag that this bull needed. She made my mind up in an instant for me and the next day Mama’s Business Academy came to life. (** I have since changed the name and the focus of the business, but I will get to that in a future blogpost).

About the same time I read a book by Gary Keller and Jay Papasan called “The One Thing”. The timing of that book and the lessons were not lost on me.

Wow! Wow, wow, wow! It could not have hit me in the face any harder if it tried. I had been running around in circles, completely distracted by every bright, shiny object that came near me and not focussing on anything. I had been in a state of overwhelm with an inbox to match. It was time for me to put my big girl panties on, stop wasting time fluffing about with a hundred meaningless things and just focus on MY ONE THING. In the time that I had spent fluffing around trying to find my quick fix, I could have just methodically worked through my one thing and had it all done and dusted and already making me the much needed money that we sought.

It was not a quick fix. It was a couple of months of lots of background work mostly figuring out exactly what I wanted to do, how I wanted to serve my tribe, what I would be offering, how it would look and how it would all fit together technically.  I got my own business coach in that time too and she helped me tremendously. I could finally see the forest for the trees. I got complete clarity. I got to work creating my ‘One Thing’.

My first enemy had been those ever-distracting, overwhelming bright shiny objects that kept me from focusing on my one thing. My second enemy was impatience. I ‘had’ to have something ‘now’! And my third enemy was my anxiety and fear of failure. I didn’t want to spend another couple of months working on something, only to find out that it wasn’t going to work. So at times, it seemed too frightening to even begin.

But then I started thinking more about my WHY! Why was I doing this? If it was purely about the money we could have made some changes in our renovation business, hired additional staff and brought in extra work. Nope, it wasn’t just about that. Yes, I desperately wanted to make some extra money, but I realised there far more than just money behind my motivation.

I was passionate about women taking the initiative to create some financial security for themselves and not rely on their husbands/partners for their only source of income. I was passionate about creating a passive income stream for my family and wanting other people to start thinking about that too.

Then, I saw a local news segment on the TV highlighting the plight of homeless women over the age of 50 here in Australia. Due to divorce or being widowed and being left without a means to support themselves financially, these women were couch-surfing, living in caravans or shelters. They were homeless.

That was when the penny dropped for me.

The passion I had been feeling for creating passive income and financial independence had just found it’s cause.

While I may not be able to personally help all of those beautiful homeless souls out there, I could certainly help to educate thousands of other women to create something for themselves, so they could ultimately avoid ending up in that situation too. And after our terrifying ordeal prior to all of this, where my husband was so sick that becoming a double amputee was a strong possibility, this cause seemed even closer to home.

I had found my why AND my mission. It felt so very right, that any fears that remained just fell away in an instant and I simply became a woman on a mission!

Not ‘The End’. Just the beginning! The beginning of a long, slow transformation …… stay tuned for my next pivot in Part 2 …….